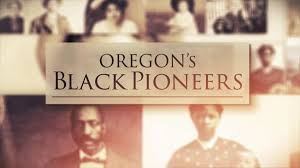 We’ll watch an Oregon Experience and then talk about it in this March 9 Brown Bag. It will be a nice follow-up to Greg Nokes’ book, as he is interviewed in the film. It’s just 30 minutes long, and well done. Here’s what OPB says about it:

“Long before Oregon became a state, black people were in the Far West. Some were brought to the region as slaves, but many others arrived as freemen looking for a new life. They opened boarding houses and stores, worked farms and mined for gold. But as more white settlers arrived over the Oregon Trail, the newcomers passed discriminatory laws to keep African Americans out. “Oregon Experience” examines the largely unknown history of Oregon’s black pioneers.”