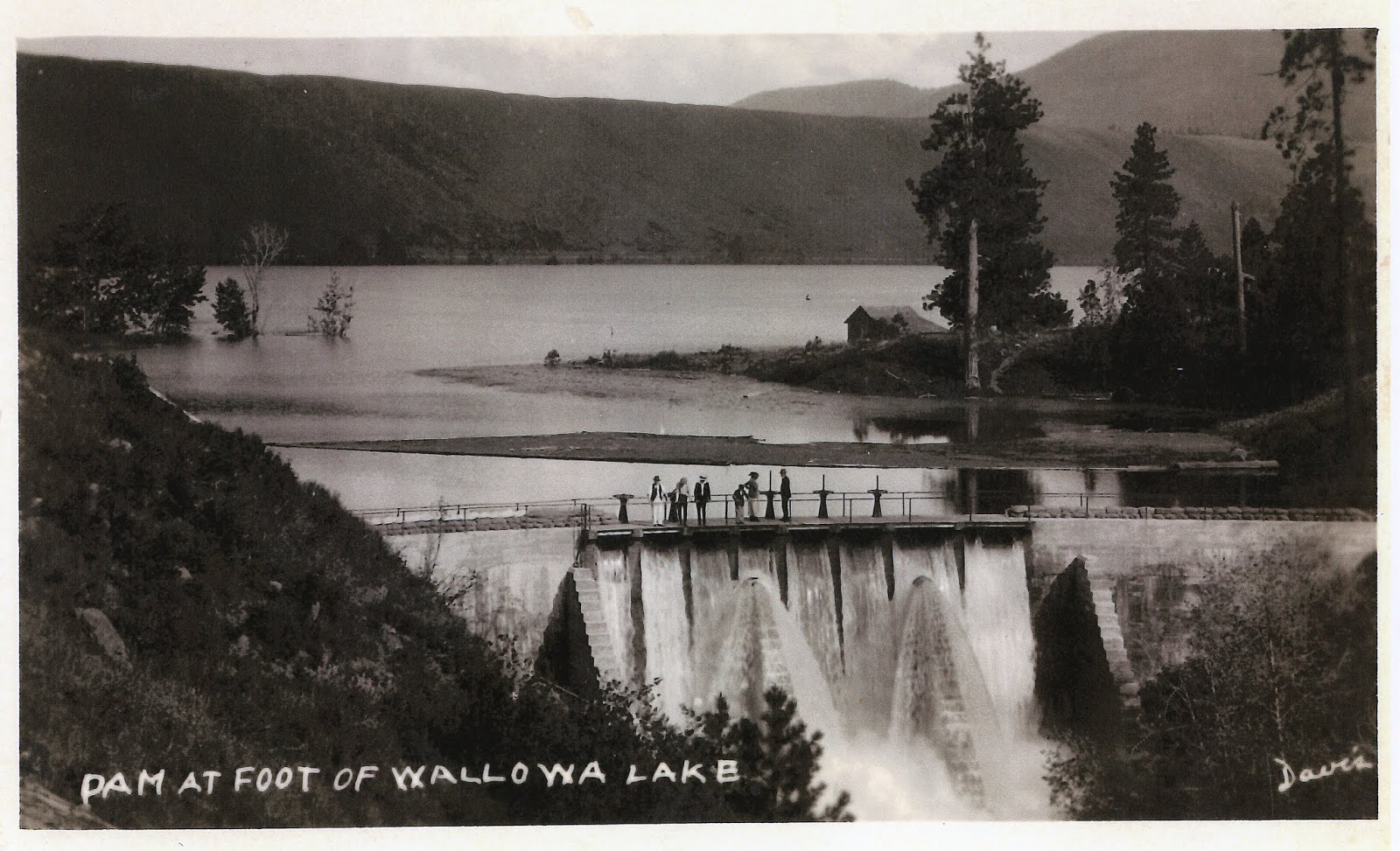 The June exhibit at the Josephy Center, funded in part by a “Arts Build Communities” grant from the Oregon Arts Commission, opens on Saturday, June 2 at 4:00 p.m. It builds on one that Tamástslikt Cultural Institute on the Umatilla Reservation did last year on Celilo and the dam at The Dalles. They called it “Progress vs. Protest,” and told stories of the economic and energy gains—and the losses of fish and Indian culture on the Big River. In planning this exhibit, Tamástslikt Director Bobbie Conner suggested that we localize, with stories of the dam at Wallowa Lake and the High Mountain Sheep Dam—the one that did not get built—joining text and photos from Celilo.
The Josephy Center asked Joe Whittle to research the Wallowa Lake dams, and Jon Rombach to take on High Mountain Sheep. The result is an exhibit that gives background on the march of dams on the Columbia, a good accounting of the flooding of the ancient fishing site at Celilo with the construction of The Dalles Dam, and tells important local stories about dams, fish, and tribal culture.

Early settlers scooped sockeye salmon out of Wallowa Lake by the thousands, and failed to realize the species’ special migration pattern from Ocean to river, lake, and headwaters—and back to the sea. But the understanding of all salmon by the scientists of the day—the late 1800s and early 1900s—was off the mark. Thinking that native streams were not important—that Pacific salmon would randomly find a river to travel—scientists thought they could make up for the huge cannery harvests on the Columbia with hatcheries and moving eggs and smolts from one river to the next. Locally, dams and hatcheries at Minam and Troy, the experts thought, would easily replace the fish the settlers were harvesting on upper rivers and in Wallowa Lake.

No one bothered to ask the Indians.

In this exhibit we include the Indian stories of dams and salmon. And several special programs will allow for discussion of dams and fish. The revitalized Associated Ditch Company will talk about the present and future of the Wallowa Lake Dam at a June 12 Brown Bag, and Nez Perce Fisheries biologists Brian Simmons and Lora Tennant will describe how Imnaha salmon and steelhead fare as they migrate through the hydrosystem on a June 19 Brown Bag. That Tuesday evening Nez Perce elder and Fisheries veteran Silas Whitman will talk about culture, salmon, and the Snake River dams, with special attention to the one that did not get built. He’ll be able to point to a topographical map in the exhibit that shows how much of Hells Canyon and the Imnaha River corridor would have disappeared under “Lake Imnaha.”