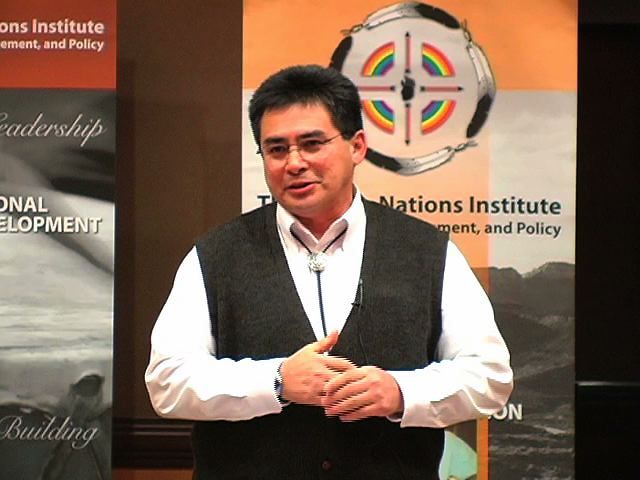 Jaime A. Pinkham is a citizen of the Nez Perce Tribe and is Vice President of the Bush Foundation in St Paul, MN leading their native nations program. Prior to joining the Foundation he spent over two decades working in the Pacific Northwest advocating for tribal sovereignty, self-determination and treaty rights. He was elected twice to the governing body of the Nez Perce Tribe and held the position of Treasurer. He also managed the Tribe’s natural resources programs where he was involved in reintroducing grey wolves to Idaho, acquiring tribal ancestral lands in northeast Oregon, water rights negotiations and salmon recovery.

He has served on various tribal, conservation, community and education boards. He currently serves on the Wilderness Society’s Governing Council, American Rivers Board of Directors, Northland College’s Board of Trustees (Ashland, WI) and the Federal Reserve Bank’s Leadership Council for the Center for Indian Economic Development.

During a 9-month sabbatical in 2004 he was assisting an international coalition of native villages devoted to protecting the Yukon River. In Fairbanks, AK he came across a beautiful sight: Tija Karklis, one of the coalition’s interns who is a Latvian-U.S. citizen. Smitten, married and still smitten he and Tija continue to travel to the Yukon to support the coalition’s work. He calls his sabbatical “the best medicine I’ve ever taken.”