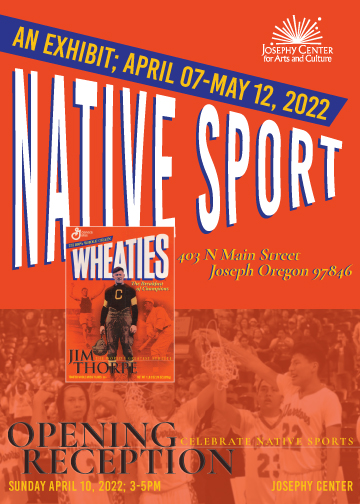 Exhibit open through May 11th

Raffle drawn at 10am Thursday May 12th

(Tickets available at bottom of page)

In 2018, Tamástslikt Cultural Institute on the Umatilla Reservation showed an exhibit they called “Beautiful Games.” It followed Native Americans in sport from the earliest Mesoamerican contests to the Pendleton Roundup. It displayed games of chance and skill, team games and contests of individuals. It told us that American Indians developed Lacrosse, and that Indians, from Jim Thorpe to Jacoby Ellsbury, have become highly proficient at games developed by white America.

Raffle: Purchase tickets for a chance to win one of two items.

Tickets: one for $10, or three for $25, purchase here, or at Josephy Center for Arts and Culture.