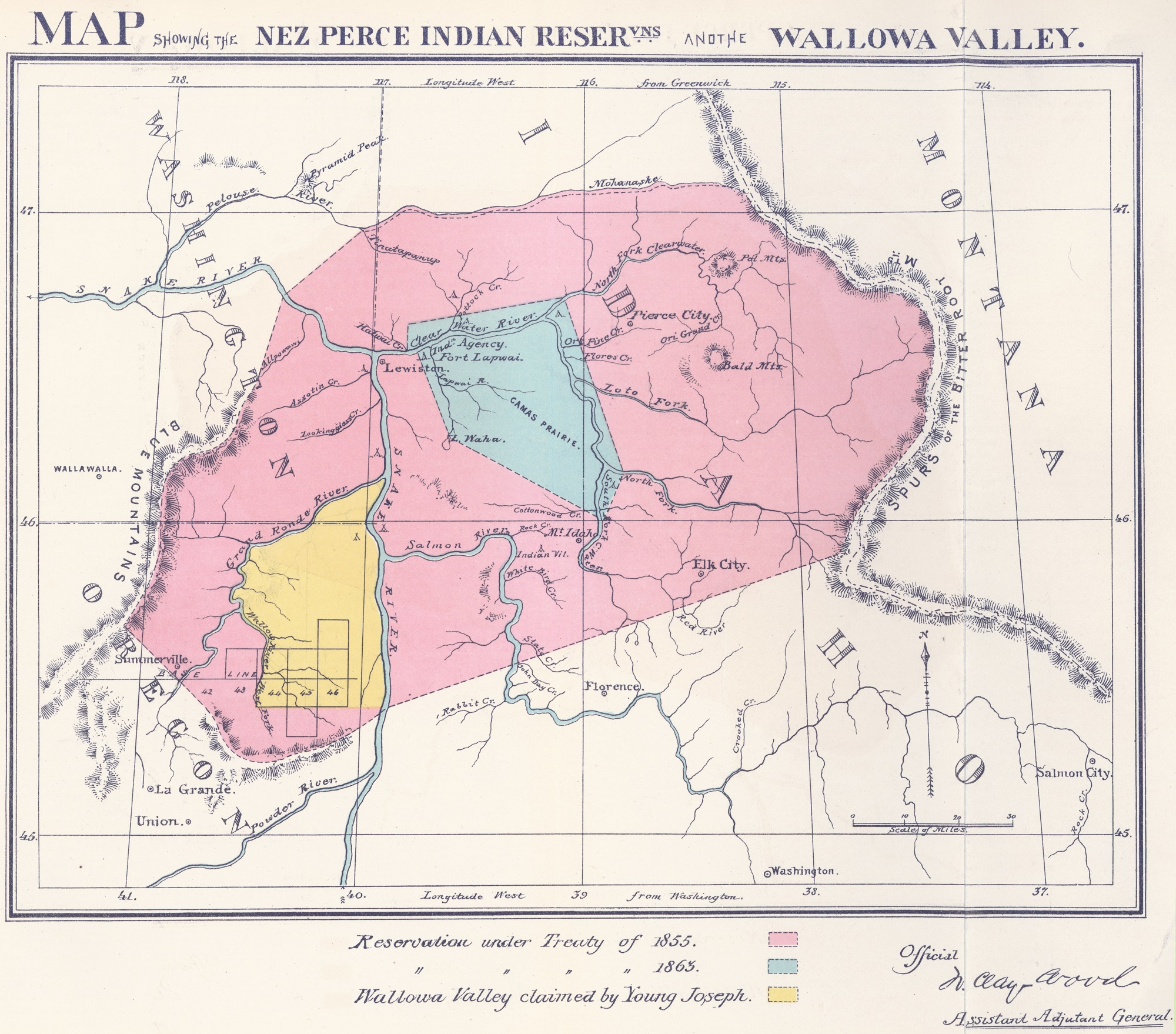 The exhibit explores the Nez Perce Treaties of 1855 and 1863, and a “Proposed Reservation for the Roaming Nez Perce Indians in the Wallowa Valley in Oregon,” promulgated and then rescinded by President U.S. Grant executive orders. The exhibit features historic drawings and paintings, facsimile pages from the treaties, and explanations of treaty language that show their relevance to the present day.

Three tribal artists, Kevin Peters, Phil Cash Cash, and Kellen Trenal, will address the treaties in beads and paint. The art will be on display during the exhibit, and will be available for sale.

This image, courtesy Washington State University Libraries, shows boundary lines of 1855 and 1863 treaties, as well as for President Grant’s proposed “Reservation for the Roaming Nez Perce Indians in the Wallowa Valley in Oregon.” All will be addressed in the exhibit.

Click here to read about our inaugural writer-in-residence for this exhibit, David Liberty.