What We Want From The Wild 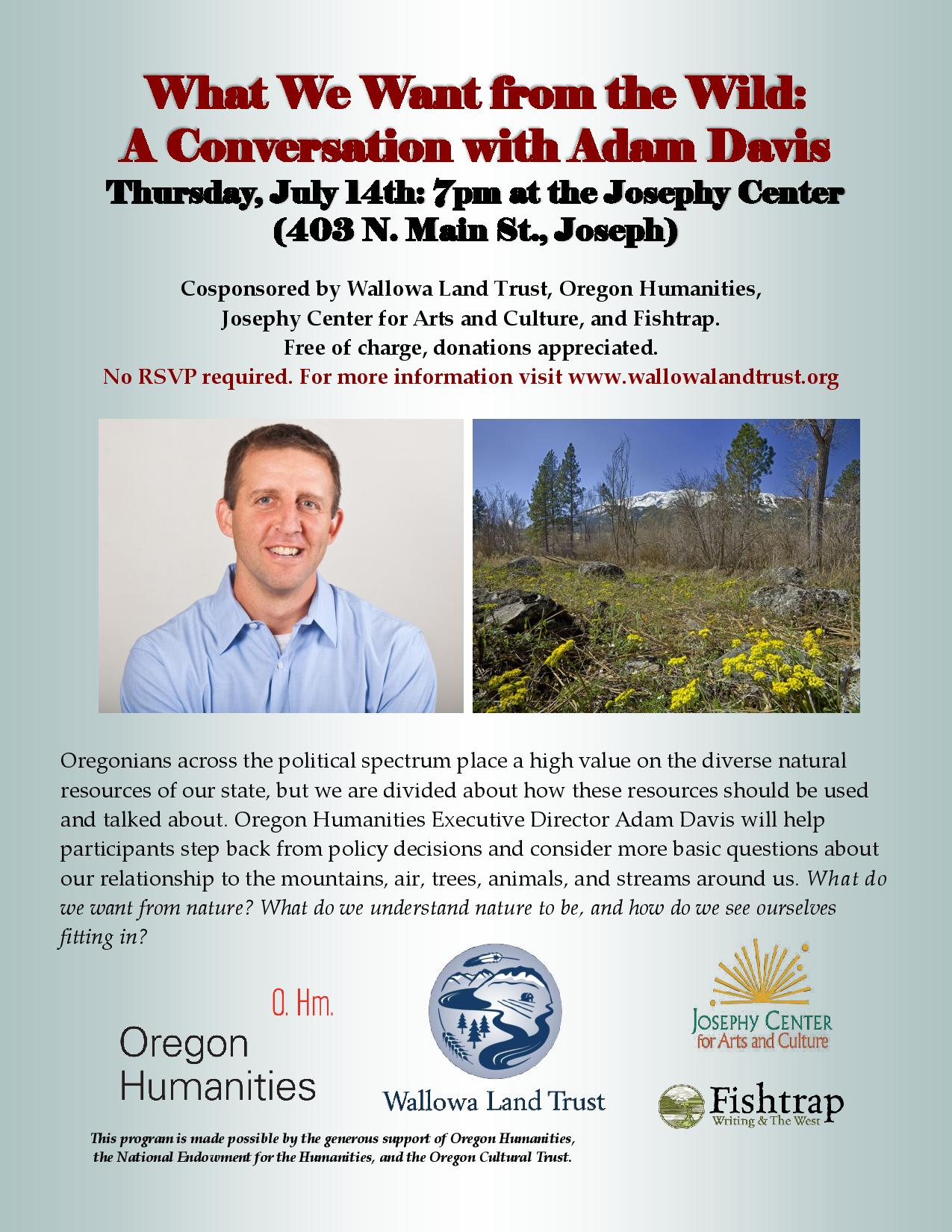 Adam joined Oregon Humanities in August 2013 as the organization’s fifth executive director. He previously served as director of the Center for Civic Reflection and prior to that was the organization’s director of training and publications. He is the cofounder, former director, and former board chair of Camp of Dreams, a nonprofit organization providing year-round programming for underserved young people in Chicago, and the editor of Taking Action (2012) and Hearing the Call across Traditions (2009), and coeditor of Talking Service (2008) and The Civically Engaged Reader (2006). He lives in Southeast Portland with his wife and two children.