The Josephy Center will be offering free, live streams of our regular programming, during this time of self-isolation in Oregon and abroad.

We hope you enjoy these concerts, art classes, and lectures at the Josephy Center in Joseph, Oregon. Previously offered streams will be also be available for playback below.

Tuesday, October 13 at Noon Jazz piano and a trombone from Seattle! Check it out here: http://neldaswiggett.com/duo. They are hot! and in the county for a few weeks. Let’s make them welcome!
Rick Bombaci’s program is on the changing use of the Eagle Cap Wilderness. Rick is the most “seasoned” hiker i know, from Appalachian Trail to Pacific, Hells Canyon to Canadian Rockies (which he explored alone without a satellite phone, to the consternation of some). He’s a fine photographer–although I don’t guarantee photos on this one–and a dogged note taker. I am sure his words will be graphic!
The exhibit provides an overview of the critical historical role of wildfire and the profound effects of fire exclusion in the modern era. It features historical photographs taken with a unique camera called the “Osborne Photo Recording Transit.” Only ten of these cameras were made! The cameras were used by the U.S. Forest Service in the 1930’s to capture three 120°,  large format panoramic images from hundreds of fire lookout sites throughout Oregon and Washington. Marshall has trekked the Wallowa and Blue mountains to find these old Osborne photo locations and take pictures from the same spots today.

Wallowa Resources and the Josephy Center look forward to hosting this traveling exhibit in April, 2021. And look forward to this August “teaser” with John Marshall to show us how art, history, and science can work together to show us dramatic changes in Pacific Northwest forests.

John Marshall holds a B.S. in Fishery Science from Oregon State University, and an M.S. in Wildlife Resources from the University of Idaho. For the last 25-years, Marshall has worked with Dr. Paul Hessburg of the Pacific Northwest Research Station of the U.S. Forest Service to illustrate the positive roles of historical wildfires on our landscapes, document changes in the role of fire in the modern era, and to bring “good fire” back to the landscape. 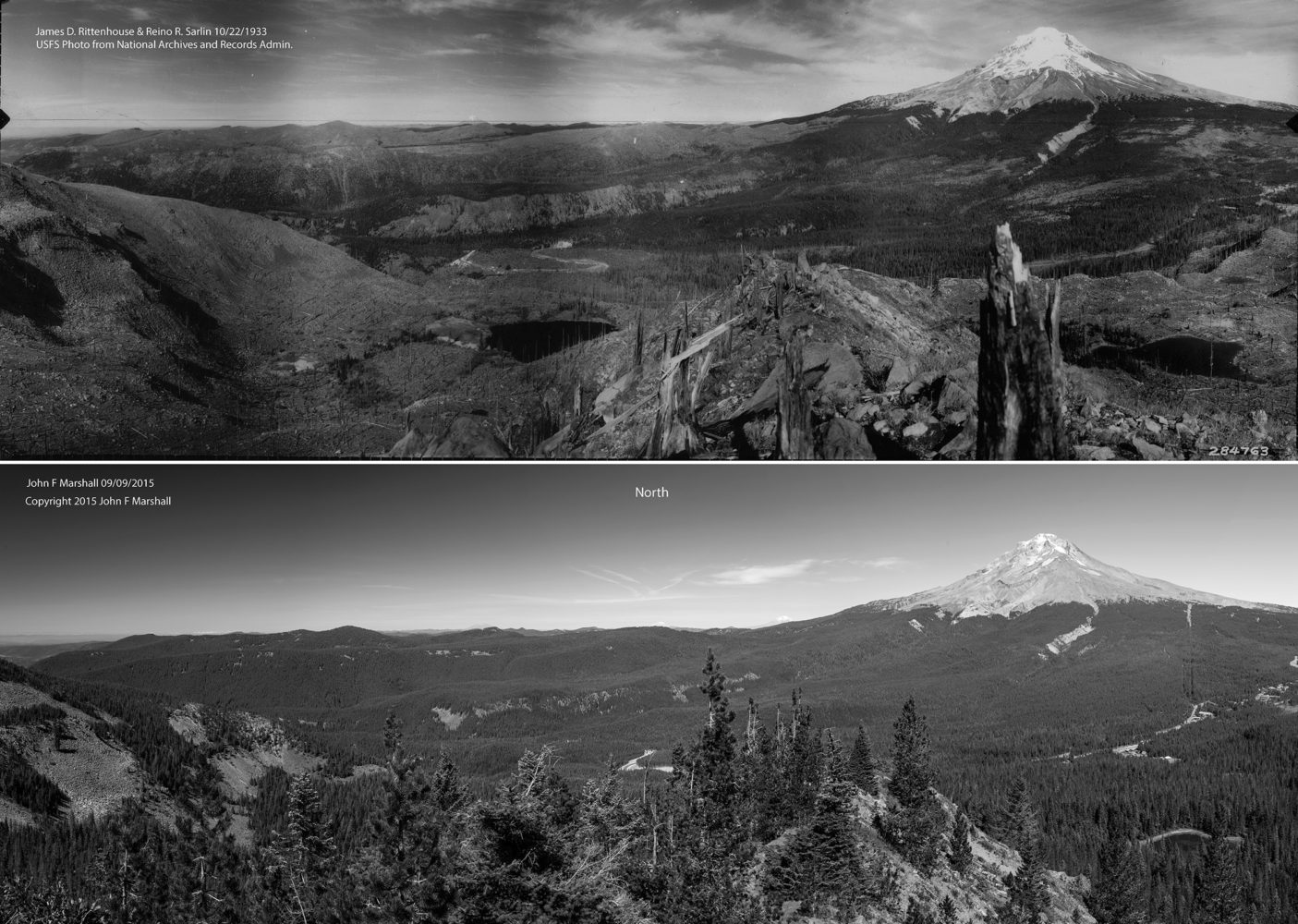 August 11 at Noon – Our annual Wild Landscape exhibit is now virtual here, along with availibility for exhibition at the Josephy Center during regular visiting hours. Come learn about this year’s theme: Expanding Views of Eastern Oregon. This exhibit was judged by Mike Koloski and Ellen Bishop.

June 30 at Noon – Lisa Dawson on the local Business Relief Fund. This local group has raised the money–some from $1200 government checks that neighbors decided should help neighbors–put together a team and a process, and made 15 $!000 grants, with another round coming up fast. Lisa is coordinating from Northeast Oregon Economic Development District. Wallowa Resources is handling the cash; Soroptimist and Rotary are participating in the decision-making. It is working!

Mike Koloski talks about the Three Creative Journeys exhibit at Josephy – featuring Leslie LeViner and Mary Edwards, with a virtual exhibit now on the website.

Here we have Shannon McNerney, Director of Fishtrap. Shannon will update on what will be the first–and hopefully the last–fully virtual Summer Fishtrap.

May 26 – With Lynn & Cece Curry of Joseph – offering us all a live baking session.

May 19 – With Kimi Starner, Market Manager. “Yes, we are having a Wallowa County Farmers Market!”

May 12 – Margo Cilker’s got a farewell song for every place she’s lived. Cilker writes songs that philosophize hard work, heartbreak, and wanderlust with the reverence of a country music obsessive and the sharp-eyed clarity of one who was not born into country music but had to find it (and live it) for herself. She lives in Enterprise, Oregon.

May 5 – Peter Ferre will talk about the recycling situation in Wallowa County right now. Peter and others are talking with the County Commissioners to see if there are ways to restore some programs recently curtailed, primarily recycling glass and tin cans.

April 30 – Our book this month is The Beadworkers Stories, by Beth Piatote. Some of you met her and heard her read at Summer Fishtrap–maybe even bought the book. I’m still thinking about “Antikoni” and plan to reread in anticipation of this event. Beth joined us from hr Bay Area home for this lively group discussion.

April 28 – Ellen Bishop, editor for The Chieftain, will talk about running a local newspaper during hard times.

April 14 – Seth Kinzie is a local piano composer of modern instrumentation. He currently plays in the piano, percussion, and gongs duo, Kinzie Steele.

April 10 – Bart Budwig is a psychedelic American singer-songwriter, who lives at the OK Theatre.
March 24 – recording of Rich Wandschneider talking about “The Nez Perce in the Wallowa Country” loft exhibit at Josephy 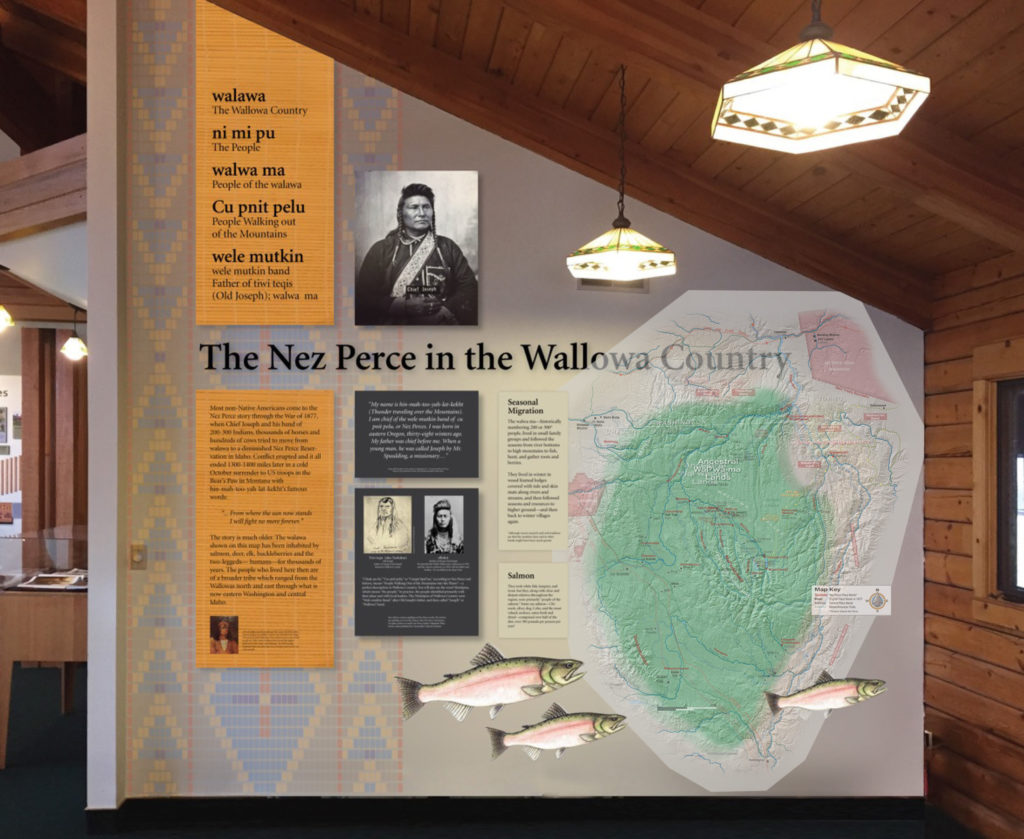