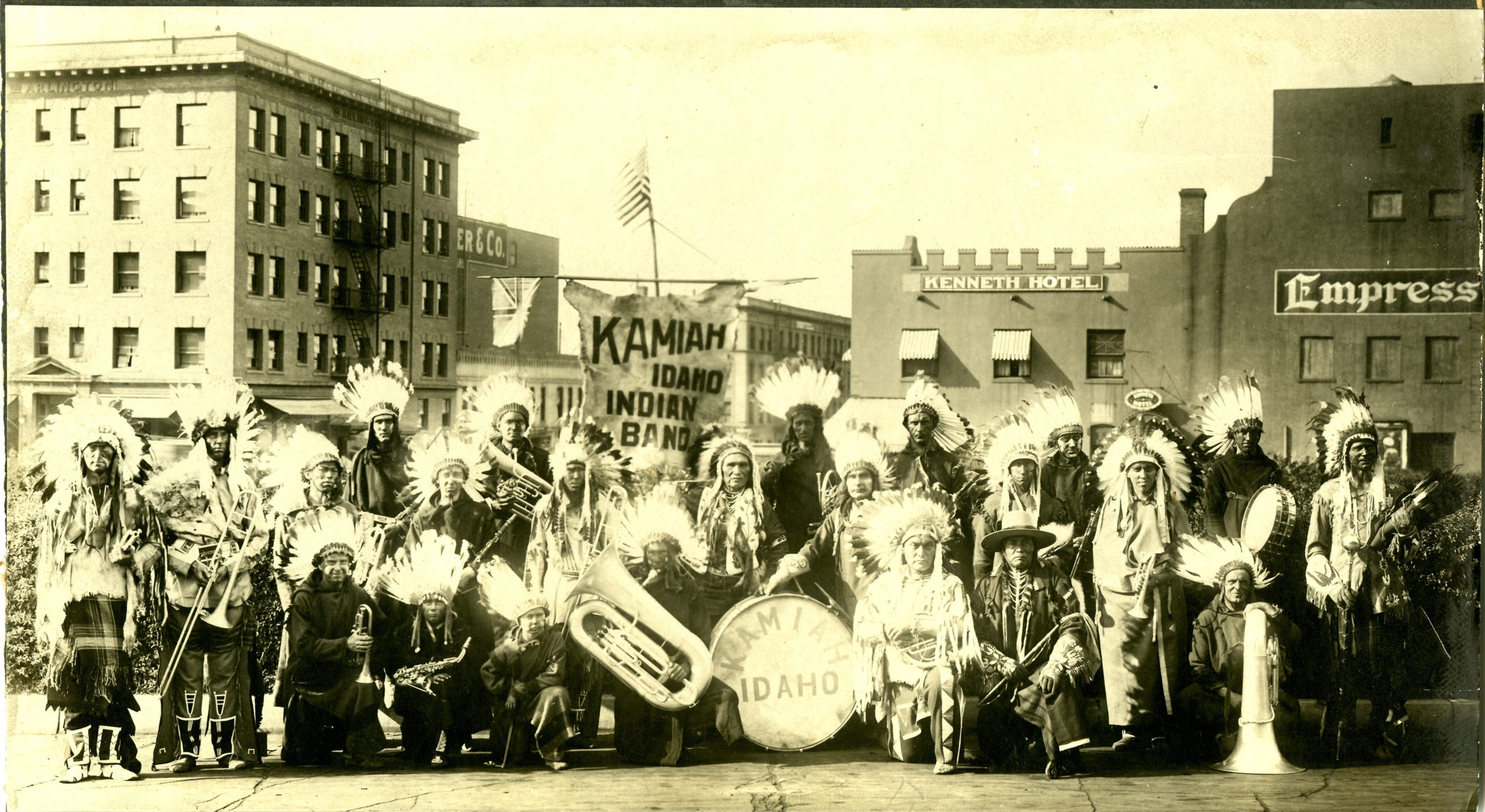 The Josephy Center for Arts and Culture will host an exhibit of historic photos beginning June 22 and running through Tamkaliks and Chief Josephy Days, ending on July 30. The exhibit will open on the same day as the installation of Doug Hyde’s sculpture, ‘etweyéwise– or “The Return” –in the Center’s front yard, on Main Street in Joseph.

The Plateau People listened to the world around them, and made music with voice, flute, and drum. Young people were sent to boarding schools and put in marching bands with trumpets and saxophones. They came home and played jazz. Today there are Nez Perce rockers and rappers– and still drummers and powwow singers. It is a rich musical tradition. We’ll have various Nez Perce events featured throughout July as well.

During the exhibit, the Josephy Center invites Plateau Indian artists to display and sell art work. One big wall is being reserved. The work will not stay on the wall, but be replaces as it is sold. There is also a raffle for a limited edition bronze by Doug Hyde, called Sweetwater Girl, whose brilliant sculpture, ‘etweyé·wise, was erected in front of the Josephy Center after a two-year grant and bronze creation period. Tickets are available online here!