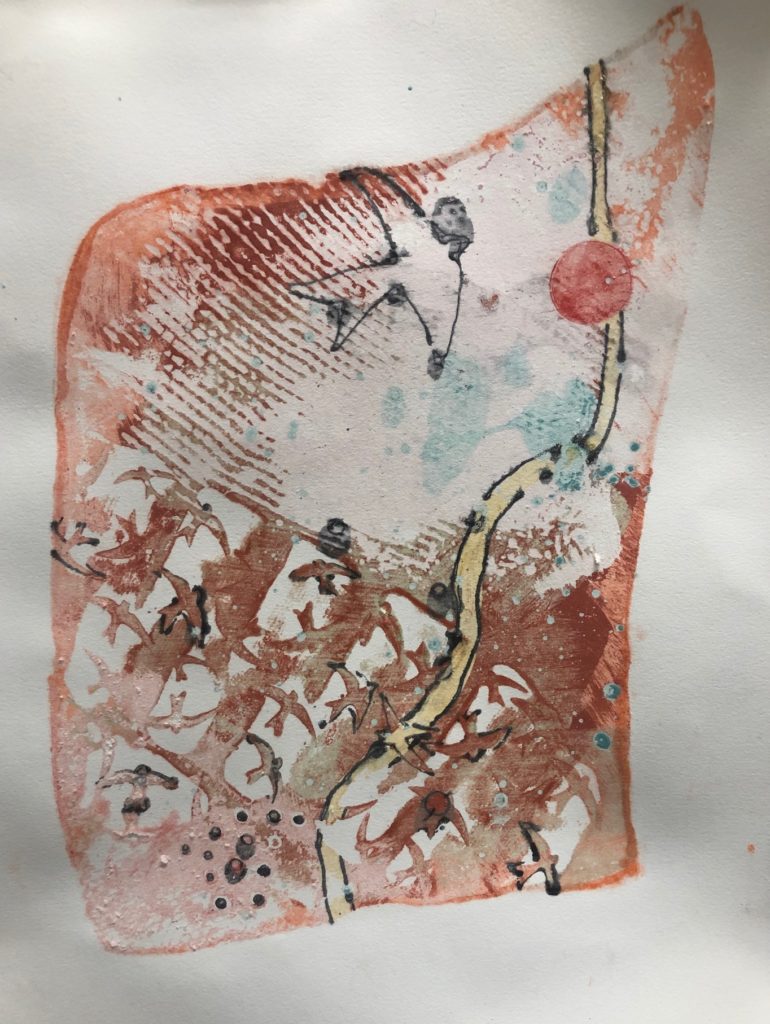 amela Beach is a ceramicist and designer living in Wallowa county. Pamela studied fine art, earning a degree in graphic design. She’s been honing her ceramic skills since 1999, after discovering clay while attending design school. Art has always been a driving force in her life, and clay became the ultimate passion of that influence.

Born and raised in the Midwest, Pamela grew up just a few blocks from the Toledo Museum of Art, visiting every week, wandering the great rooms filled with limitless pieces of history and expression, getting lost in its world and taking art classes on Saturdays. Then later as an adult attending The University of Toledo Art School in the museum’s basement, studying printmaking and drawing.

An Oregonian for over 25 years now, deciding to settle in Wallowa county in 2018, Pamela most recently resided in Portland, Oregon where she taught clay workshops, studied glaze and clay chemistry, co-founded PDX Kids Art Camp in 2011, served on the board of the nonprofit ‘Oregon Potters Association’ from 2013 – 2016 as president, vice president and consultant. Participated in the Ceramics Showcase, the nations biggest ceramic event, showing works from 2012-2016, as well as other smaller shows 2009 – 2018 Clay’s journey from molten lava, to rock, to river beds and back into the fire, melting, transforming into rock again keeps Pamela fascinated and engaged in its undeniable relationship to the earth and the parallels of our own journey. Inspired by nature, its perfection and humility all at once and the medium that connects her to it, Pam draws from that reality to sculpt, handbuild and throw on the wheel, exploring clay bodies, alternative firing and glazing techniques, pushing the edge of design, applying other skills learned in various disciplines over the years to the form and function of clay. Teaching allows Pam to share the purpose, joy and creativity that art has always given her.

Pamela loves the outdoors and living in Wallowa county, the pace, the landscape, the animals, the snow, the beautiful skies, and the stars. So many stars.