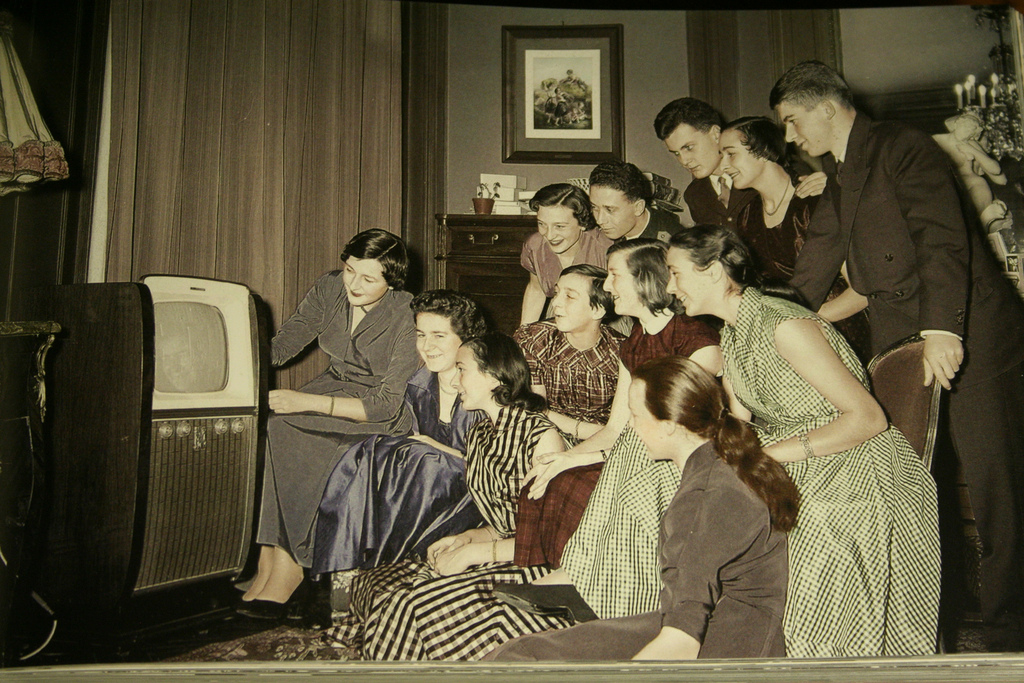 The Josephy Center presents the 1950’s! This multi-medium exhibit will run from the opening reception on Friday afternoon, April 8th through Monday April 25th.

May is “Fifties” month at the Josephy Center, and we are looking for Korean War vets, wheat growers, mill workers, timber fallers, and anyone with stories of Wallowa County and eastern Oregon through and in the wake of the Korean War.In May of 2014 the Josephy Center honored the people who served during World War II, and the factory workers, farmers, victory gardeners, civil defense workers, and all who lived through this crucial period in our nation’s history.

This year, we are following with the post-War period, especially America and Wallowa County in the 50s. We will interview Korean War vets and widows, and men who went to college or bought a house with the GI Bill, but we will also follow the post-war mechanization of agriculture and the housing and lumber boom that followed WW II. Brown bag lunches will feature agriculture in the fifties, PTAs, hospital auxiliaries, and other women’s organizations that grew in the fifties. Writer Craig Lesley will be here on May 14 to read from his many books set in eastern Oregon in the fifties. On May 15 and 16 there will be a mini car and tractor show in the Josephy Center parking lots, and on Saturday, May 16, a “sock hop” to celebrate the period.

We invite people with uniforms, medals, helmets, pictures, and other mementos of military service to bring them in. If you have cars or tractors from the time, a chrome kitchenette, radio console, or early hi-fi record player,if you are a veteran or farmer or logger who remembers switching from horses to machinery, or if you were or your mom was an early member of the Wallowa County Soroptimists, get in touch with Cheryl or Rich at 541-432-0505. We would like to talk with you.

And we need items for display throughout the month. We invite people with uniforms, medals, helmets, pictures, and other mementos of military service to bring them in, and people with other signs of the times—from 78 rpm records to “mangles” (the home automatic ironers that showed up in yard sales in the seventies) to two-man chain saws—who are willing to loan them for the month of May to let us know.