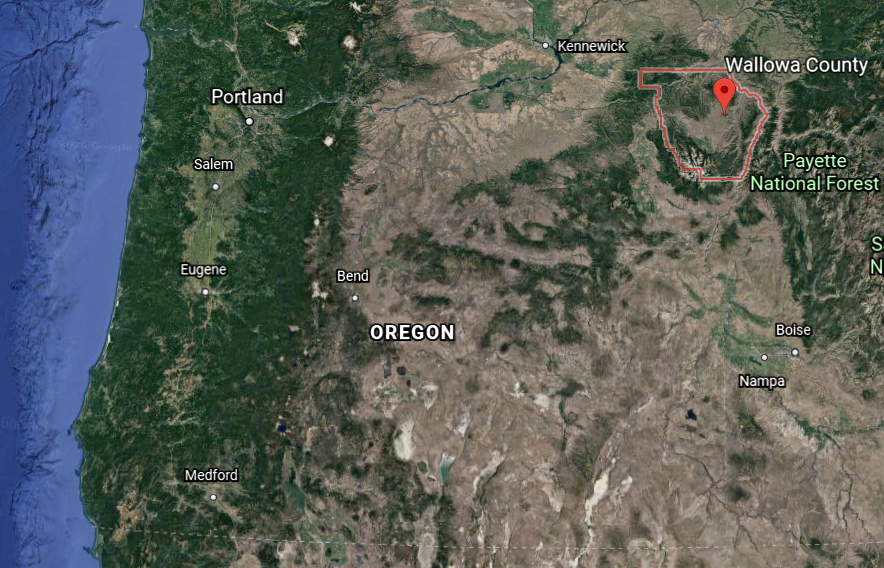 In 2008, a group of dedicated Wallowa County residents developed an idea for forming a community arts center.  Their hope was that this center would be a space that the whole community could use for gathering together and sharing ideas, taking art classes and enjoying fine art and music.  At the time, the idea of funding and operating an arts center of this magnitude seemed almost unattainable for a small, rural community; however, thanks to the tenacity and perseverance of this group of artists and friends, a once “impossible” idea started to take shape.

One of the options for housing the new organization was a log building (which had originally been built as a bank) located on Main Street in Joseph, Oregon.  Though it had been sitting empty for many years, this unique building, with its soaring beams, suburb acoustics and rustic charm seemed a great fit for a community arts center.

The group applied for and received a grant from Meyer Memorial Trust to develop a strategic plan for the organization and to conduct a feasibility study to determine whether the center would be supported by local residents.  While it was concluded that an arts and culture center would be successful in Wallowa County, the cost of the building was out of reach.  A couple of years later, the building went into foreclosure and a generous patron was able to purchase the building at a greatly reduced price.  She agreed to hold onto it until the arts center became financially stable enough to purchase the building.

After leasing the building from the owner, the organization’s strategic plan which had originally been focused on art and music programming, was expanded to include the Alvin and Betty M. Josephy Library of Western History .  The library became the cultural anchor of the Josephy Center.  In 2012, through years of perseverance and tenacity, the Josephy Center for Arts and Culture was formed as a nonprofit 501(c)(3) organization.

Today  the Josephy Center is known as a hub of arts and cultural activity, a place of celebration and learning, and home to a treasure trove of Nez Perce and Western history. It has become a valued community gathering space serving thousands of adults and youth every year.